Many snakes are actually harmless, but you'd be wise to avoid interaction with any snakes in the Arlington, Bedford, Benbrook, Burleson, Colleyville, Crowley, Dalworthington Gardens, Euless, Flower Mound, Fort Worth, Grapevine, Haslet, Hurst, Keller, Lakeside, Mansfield, North Richland Hills, Pantego, Richland Hills, Saginaw, Southlake, Trophy Club, Watauga, Westlake, Westover Hills, & Westworth Village area in case they are venomous. Unfortunately, Fort Worth is home to a number of venomous snakes. Snakes are drawn to warm areas, and the hot and sunny weather in Texas is an ideal climate for these slithering critters. So, whether you notice just one snake crushing your garden plants or a den of snakes under your porch, please do not approach them! Call Wildlife X Team® Fort Worth today for snake removal.

Snake Problems in Fort Worth

The presence of snakes is unsettling for many people in the Fort Worth area, and many people in general. Even if a snake is not bothering you or your pets, it can still present a hazard if you stumble upon it and frighten it. Did you know many venomous species' pupils are elongated circles rather than normal circles? Tip: if you are close enough to see a snake's pupils, please be very careful! Many people recognize rattlesnakes because of their unique warning sign—the rattle on the end of their tail. All snakes can disrupt homeowners' routines and/or cause damage, however, including: 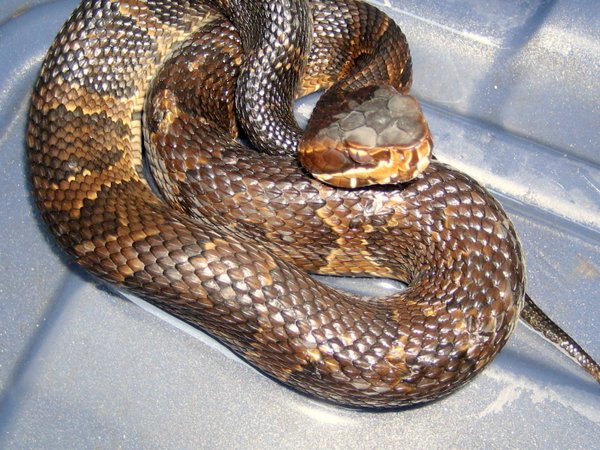 Around a third of all adults are scared of snakes and for good reason. These cold-blooded reptiles are dangerous.

How dangerous could snakes be? Well, there are over 3,000 species of snakes found around the world. Of these, 700 are venomous. They inject a person with deadly neurotoxins or cytotoxins when they bite, causing damage to a person’s brain and other organs.

This is so severe that upwards of 80,000 people are killed by snake bites each year. With over 400,000 snake-bite victims experiencing disability or losing a limb, it’s easy to see why so many people are afraid of them. Most of these deaths come from poor, rural countries, where some towns or villages lack access to modern healthcare.

In developed countries like the US, there are only 8,000 snake-bite victims a year. 5 of these snake bites are fatal, but the survivors aren’t lucky either, as many are forced to live out the rest of their lives with a missing limb. This is why it’s essential to call our team for snake removal. In addition, if you happen to have a dead snake in your home, we can take care of that as well

While there are more venomous snakes than you can keep track of, there is just a small handful who are responsible for most of these bites.

While there are more venomous snakes than you can keep track of, there is just a small handful who are responsible for most of these bites.

These snakes owe their name to the reddish-gold patches on top of their skin. Copperhead snakes are quite common in the US, particularly in eastern states. They can also be pretty big, varying between 18 and 30 inches.

Cottonmouths are also called water moccasins. As the name implies, these are water snakes. They spend most of their lives near bodies of water, such as rivers, lakes, and swamps. These reptiles have black or dark-brown skin. They get their name from the white insides of their mouths.

Coral snakes are a large group of venomous snakes. While they come in all sorts of shapes and sizes, many have bands of bright-colors that make up their skin. You should be careful if you live in the South, as these snakes are found in the southern states.

Rattlesnakes are another group of snakes. You’re probably already familiar with them, thanks to all the headlines they make. These snakes can be identified by their rattles, which they use to make noise to ward off predators. They’re found throughout the US and are one of the primary causes of snake-related deaths.

As mentioned earlier, snakes can be dangerous, and you don't want them on your property. We can keep snakes out! Call 817.857.4803 to speak with a trained professional for snake removal from Wildlife X Team® Fort Worth today!

Nathan has done an amazing job with my weather stripping troubles! He was extremely helpful and professional. He fixed the horrible job that was done before by another company!

Mary C., North Richland Hills, TX
About
Wildlife X Team is rapidly becoming the leader in the nuisance wildlife control industry. We lead the way in the development of technology, education, products and services in Wildlife Management.
Read More About Us
100% Financing
SuperMoney offers 100% financing up to $100,000 and 30 second approvals. You'll fill out one easy form and get competing pre-approved loan offers back in real time.
Apply Now